Poems from the Backroom 62: Morag Anderson 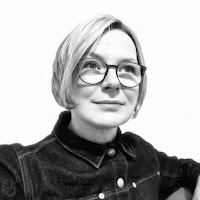 Nobody under 65 lives in Penpont. In fact I'm often of the opinion no-one lives in Penpont at all. It has been in a state of self-isolation since the Napoleonic Era when Robert Burns was famously beaten up in Skitter Lane by the 119 year old traveller, horse thief and leveller, Billy Marshall . Being of a certain age, I seem to know, as I think I have said previously, poets of a similar age and background and since #plagueopoems has been based on my personal contact list there has been a paucity of young up and coming poets. However, here is one, and a really good one, Morag Anderson. And she is one of a couple of younger faces who are appearing this week, interspersed with some poetry from far away.

Morag Anderson lives in Highland Perthshire. Like many natural story tellers and poets she is of Hebridean descent, brought up on the oral tales that lend magic and mystery to life. Her writing often features landscape and connections between place and people. In the last two years her she's received considerable notice, having been placed in the 'Blue Nib' Chapbook VI Contest, shortlisted for the Bridport Prize, won 'Over the Edge' Poet of the Year in 2018 and the Clochoderick Prize. She also appeared in Stanza in 2020, the last Poetry Festival known to man or woman.

Her work appears in several anthologies as well as 'Popshot', 'Skylight47', 'The Scotsman', 'Nutmeg', and the Corbenic Poetry Path.

She has written several responses to the current crisis. In the backroom today she reads 'Heated Kitchen' , a powerful poem bringing attention to the massive rise in incidents of domestic abuse during the Lockdown. Attached below is another poem written in response to the virus, reprinted from the excellent on-line magazine 'Pendemic'. And after that, a beautiful poem, 'Elegy for an Island' full of movement and imagery, printed first in 'Island and Sea', a Scottish Writers Centre chapbook.


As ink dries on a DNR form

His flickering lids
journey the geography
of sixty-seven summers,
come to rest on condensed light:
distant as heather honey.

I blow thirty-two winds
of the mariner’s rose
upon his cooling skin, slack
like a sail’s empty belly.
Life changes tack.

The music of monitors
steps up a pace,
as his timpani slows
then holds low C.
I turn on taps to drown
the downpour of relief.

Elegy for an island


I am the lick of foxtail flame
on blown glass.

I am the rabbit’s foot thumb-rubbed
for calm water.
I am the fresnel lens splicing
granite fog.

I am the living skin of lichen
that clings to ruins.

I am the fetch that rolls a storm beach
of boulders.

I am the wind that harries the hearth,
laments in locks.

I am the sun on tongue and groove,
soft as smeared butter.

I am the evening hush of flour dust
on salt-scrubbed wood.

I am the blink of harbour lights,
berthed at night.

I am the quartz veined island
that wears the world.
Posted by Shug at 16:39