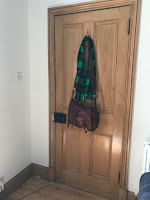 Beer gardens and shops are open, and it’s time for the #plague to end, after 130 daily posts from March 17th featuring home made readings from 110 different poets from all over the world. We’ve had in that time close to 40,000 views of the blog which is fantastic even if 15,000 of them were me going back in to fix mistakes I made. There are a few videos which had been promised but haven't yet turned up and I may add these, but as from now the daily service is closed and the door to the Backroom shut. Discussions are ongoing to archive the collection and make it available for study through libraries but in the meantime it is available here, always.

I’ve now - I think- got every poet YouTubed and available on a channel so folk can just dip into the videos if they want to by typing #plagueopoems into Youtube.

Thanks to everyone who participated and gave their services free of charge. Thanks to the readers! It was all miraculous and wonderful. I’m amazed at the strength and range and love of poetry out there and I've become acquainted or re-acquainted with some brilliant writers. Since I'm in charge, I'll leave you with a recent poem of mine on the subject of time standing still but moving, birds of all sizes leaving the nest. Goodbye, fare ye weel, mar sin leibh.

The burn knows no days:
sometimes it bubbles with rain,
other times it shrugs slowly
through the neck of grass like some
teenager who’s slept till three.


When someone cycles
past I’ve never seen before,
it’s a moment. Where did
she come from, that one?
Some gap between worlds

she has slipped through,
Thornhill or Madagascar.
It will soon be the time for lambs
to be separated from ewes
and the glen will be filled

with weeping. Such sadness
does not rely on calendars
really but the cruelty of the sun
as we turn around.
I sit here in the glen

on this flat stone
and I can swear I am rooted
here like in some myth,
staring into the days,
as my stars leave the sky.


The Ballad of Bessie Bell
and Mary Gray

Bessie Bell and Mary Gray
isolated by the Burn Brae.
They were the most beautiful
girls in Scotland they say,
their faces held the luminosity
of the sun on fresh grass
but they had eyes only
for each other, theirs was
a passion rich and very diverse
for a 17th century ballad.

Their groceries were left
at the loan-end by the local
shop and the girls would
spend the afternoon washing
the tins of tuna and packets
of potato scones in the stream
which that spring flowed
clear and sweet from hills,
till but recently hooded in snow.
It was a season of rare

light and heat and birdsong
and periodically they would
skype their fathers for news.
Their weakness was poetry
however and because some
teacher had once told them girls
couldn’t write any, an itinerant
poet was drawn, with his man-bag
and bunnet, to their lustre
as though to fire, and came

every evening to recite
his tawdry verses and creep
closer and closer to the rush
strewn bothy. Because he had
a big twitter following
and a book out soon (he said)
from some Indie publisher
in Edinburgh they did not
shoot him with the Black Bess
they kept for water fowling

but gave in instead to entreaties
to receive his pamphlet,
the font and pagination
of which were award nominated
and a delight to the eye.
And that was that.
The grass grew over the graves
of Bessie Bell and Mary Gray,
the blackbirds sang, and the poet
never got further than a small

residency, even with this powerful
new material. But through
the ballads we still remember
them, their lips locked in love,
their hair crowned in light,
their potent and efficacious
message, that poetry
is an infectious and ultimately
fatal disease, resonant still
to this very day.
Posted by Shug at 16:27