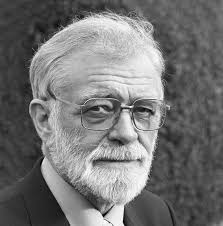 Willie Neill is probably the south of Scotland’s finest poet since Burns. He was unique in speaking fluently the three languages of Scotland, English, Scots and Gaelic. Although he was an adult when he learned Gaelic, he won the Gold Medal at the 1969 Mod. He was fiercely proud of the history and language of south west Scotland and unlike many writers from the region ‘stayed put’, an act through which his national reputation probably suffered. He was contemptuous of those who courted success in the poetry ‘centres of power’. He saw his poetry as ‘standing up for the small tongues against the big mouths’. He is really the poetic soul of Galloway, his poetry ranging through its history, its people and its language.

In this video, Neill is reading ‘Duilleagan’ in Gaelic, and the translation ‘Leaves’ is read by Gregor Ross. Linked at the foot of the page is a small program in which Neill reads more and is interviewed on his poetry and use of Gaelic and Scots. He makes a particularly impassioned defence of Scots as the living language of the common people.

William Neill was born in Prestwick, Ayrshire in 1922. He joined the RAF on leaving school, and having seen many parts of the world, left the forces in the 1960s, and studied Celtic literatures as a mature student at the University of Edinburgh. He then taught English in Galloway, before retiring to the village of Crossmichael where he died in 2010.

His first collection of poems was published when he was in his fifties; Selected Poems 1969-1992 was issued by Canongate in 1994, and Caledonian Cramboclink by Luath Press in 2000. William Neill’s impressive body of work includes translations from various European languages, often exploring other ‘minority’ European languages and attitudes to them. He translated The Odyssey into Scots.

The footage in this small series of videos comes from 'Poets of the South West', an innovative series of 5 small programs supported by the Dumfries and Galloway Education Department for use in schools. These were filmed on VHS in 1984 and were the brainchild of two teachers, Pat Kirby and Gregor Ross, whose prescience meant that we now have unique footage of five regional poets. In the case of two of these, it is the only existing footage. In the case of one, Willie Neill, it comprises a large part of the existing primary visual material.

A Link to the whole program: